Commentary: Hydrogen is a key to Utah’s economic and environmental future 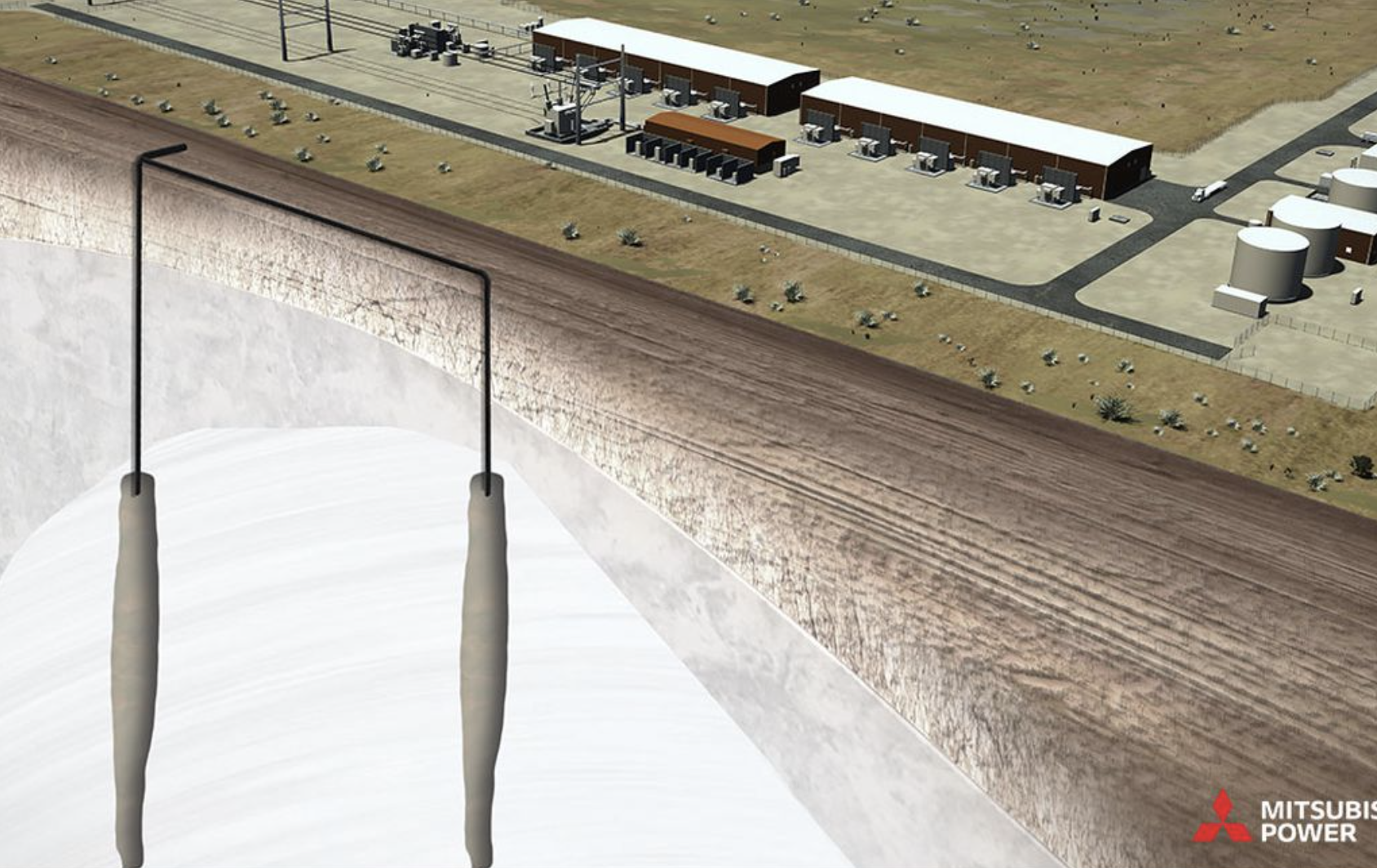 Utah is uniquely situated to make the best use of this limitless fuel source.

Advanced Clean Energy Storage I, LLC will develop the world’s largest industrial green hydrogen facility in central Utah. The hub will use Utah’s unique geological salt domes to store green hydrogen across two massive salt caverns, each capable of storing 150 gigawatt hours of energy. The long-duration energy storage capability of the salt caverns will help improve resource adequacy and decrease costs by capturing excess renewable power when it is abundant and dispatching it back on the grid when it is needed. The U.S. Department of Energy’s Loan Programs Office has closed a $504.4 million loan to the project. (Credit: Mitsubishi Power)

One of China’s largest energy companies this month announced its plans to produce more than 2 million tons of green hydrogen by 2025. This news comes in the wake of Beijing’s long-term strategy to strengthen its position as the largest global producer of hydrogen and Russia’s goal to become a global leader in hydrogen production and export.

Yet, so far, the United States has significantly lagged behind when it comes to tapping the near-limitless potential of this advanced energy source. Thankfully, we now have a real opportunity to produce hydrogen domestically and become energy independent — and Utah is the key.

Hydrogen is the most abundant element in the universe. It also has the highest energy content of any common fuel by weight. That’s why hydrogen is useful as a rocket fuel and electricity source for spacecraft. But it carries far more significant potential here on Earth. Hydrogen energy can be derived from a wide variety of resources found in Utah, from biomass to waste-water gas, with the only emissions generated being water. So, why haven’t we seen more hydrogen energy already?

One colossal challenge stands in the way of this zero-carbon fuel source’s potential: Storage.

But the Beehive State is ideally situated as a hub for this next-generation fuel due to our abundant natural resources (to produce it), skilled workforce (to harness it), established infrastructure (to transport it) — and our unique geography (to store it).

In other words, Utah has the total package regarding hydrogen power. That’s why the federal government recently announced it would help develop the world’s largest hydrogen storage facility in Delta. This Advanced Clean Energy Storage project will store 150-gigawatt hours of energy in two of Utah’s naturally occurring underground salt caverns.

Now, it’s time to take our state’s hydrogen leadership to the next level.

We are working closely with a group including Gov. Spencer Cox, Sen. Mitt Romney and the leaders of Wyoming, Colorado and New Mexico to do just that. The proposal we’re working on would establish a regional hydrogen hub for the crossroads of the West, which would include facilities in each state.

If successful, the hub would bring economic benefits to the region’s urban and rural areas, create well-paid jobs and help enhance our energy independence. It would also put Utah in an enviable leading position as the new hydrogen energy economy of the future develops around us.

Hydrogen’s upside potential for Utah is monumental, which is why we’re continuing to focus the Legislature’s attention on other hydrogen-based initiatives, too.

Hydrogen is a fantastic fuel source and carries massive upside potential for any country that can fully harness its potential. First, we must ensure that the nation is us — not China or Russia. And, just as advancing hydrogen is critical to shoring up our national energy security, it is crucial to so many of our other needs right here in Utah: creating jobs, strengthening economic opportunity, diversifying our transportation energy options and even improving our air quality.

The strides Utah has taken on hydrogen already are impressive. Utahns have a unique opportunity to step up as national leaders in taking on this international challenge—and emerge as winners in the new energy economy that hydrogen is sure to create.

We’ll continue working together to ensure it does.