New Mexico Is Bucking to Become a Hydrogen Power Player 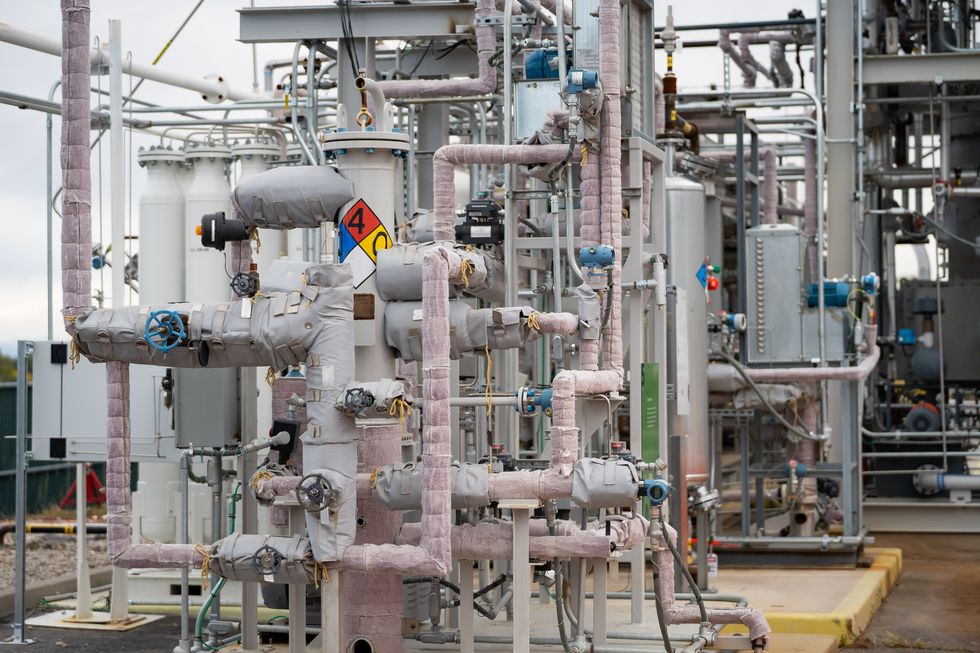 Several hydrogen and fuel-cell companies are eyeing New Mexico, which hopes to nab a chunk of federal funding to establish itself as a hub for the alternative fuel and related technologies.

Hydrogen fuel-cell advocates are working on developing solutions for transportation that doesn’t play well with batteries—long-distance trucking, container shipping, and even aircraft.

New Mexico has applied to become one of four hydrogen hubs in the United States and share in $8 billion in federal funding through the Investment and Jobs Act.

Several companies located or looking to build in the state are specializing in different areas of fuel cell technology, including companies producing hydrogen storage tanks and containers, specialty fuel-cell catalysts, and equipment for smaller, distributed uses.

Advocates for hydrogen fuel-cell cars and trucks have had to take the long view. In 1999, when what was then DaimlerChrysler had already spent $1 billion on the technology, and announced a goal of 100,000 fuel-cell cars on the road by 2006, company hydrogen guru Ferdinand Panik said of his Necar 4, “This car is really in the form that we could put in customer hands.”

It didn’t happen, and the program never went beyond the testing stage. More recently, automakers including Toyota, Honda, and Hyundai have all introduced commercial fuel-cell cars, but they’ve mostly been confined to small production programs in a niche around Los Angeles, the only place in the United States with a significant hydrogen fueling infrastructure.

It’s possible, though, that hydrogen is on the move again, and this time the focus is not on passenger cars, but rather on transportation that doesn’t play well with batteries—long-distance trucking, container shipping, and even aircraft. It’s happening somewhat slowly, though there was $2 billion in hydrogen-based venture capital activity globally in 2021, and a much bigger number anticipated for 2022.

Bosch is spending $200 million to refit a South Carolina plant to supply fuel cells for heavy-duty electric trucks starting in 2026. The Port of Long Beach is planning to mostly use hydrogen-powered vehicles by 2035. If the container ships that dock there could be hydrogen based it would make a big difference. Green Car Reports estimated in 2009 that one such giant ship burning sulfur-rich bunker fuel can pollute the air as much as 50 million cars.

New Mexico is hoping to become a dominant player, and has applied—along with Colorado, Utah and Wyoming—to become one of four hydrogen hubs and share in $8 billion in federal funding through the Investment and Jobs Act.

“We know how to decarbonize the grid, but transportation is much harder,” said Rod Borup, fuel-cell program manager at Los Alamos National Laboratory (LANL) in Los Alamos. While fuel-cell cars might have 150,000-mile lifespan, LANL and four other federal labs are trying to develop the million-mile hydrogen truck. Fuel-cell trucks, with a possible 1000-mile range, already have an advantage over vehicles like Tesla’s electric Semi, which will go 300 to 500 miles on a charge.

The key barriers, Borup said, are meeting cost targets, developing durable membranes and coming up with catalysts capable of meeting the required power density. By 2030, the goal is delivering a robust fuel cell with 68 percent efficiency at $80 per kilowatt. The million-mile goal is for 2050. Fuel-cell trucks show promise, but got delivered a blow in 2020 when prominent player Nikola was charged with misrepresenting its progress towards a buildable truck. Founder Trevor Milton was found guilty of three counts of fraud in October. But Nikola soldiers on without him, and will reportedly build trucks with the Bosch fuel cells from South Carolina. Other companies working on fuel-cell trucks include Daimler-Benz, Volvo, and Hyundai. 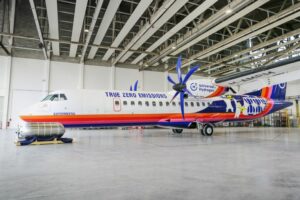 Fuel-cell planes? California-based Universal Hydrogen—with American Airlines, Airbus, Jet Blue, GE, Toyota Venture, and others as investors—thinks it can make it work. Jon Gordon, a co-founder, thinks it can make hydrogen-powered commercial flight a near-term reality. The company’s first product is a conversion kit for existing aircraft, such as the De Havilland Canada Dash-8. Out go the existing turboprops and in goes a two-megawatt fuel-cell electric powertrain that is fueled by modular hydrogen capsules.

Universal, which will build a plant in New Mexico to make the hydrogen storage tanks and containers, is working with regional airlines. It predicts zero-emission passenger service can be offered by 2025, followed by cargo service. The planes, carrying 270 kilos of hydrogen, will have more than 600 miles of range.

The team has some heavyweights. Co-founder and CEO Paul Eremenko was a chief technology officer at both Airbus and United Technologies. Gordon was deputy general counsel at United Technologies, and previously represented Airbus, which also employed Universal’s Chief Technology Officer, Mark Cousin, as chief engineer.

Helping make fuel cells both more durable and affordable are companies like Albuquerque-based Pajarito Powder, headed by CEO Thomas Stephenson. The company makes catalysts for fuel cells and electrolyzers (which make hydrogen from water). Precious metal catalysts are about 50 percent of the cost in building a fuel cell stack, Stephenson said, and the company’s goal is reducing the amount of those metals by that same 50 percent. Pajarito has Hyundai Motor Group as an investor.