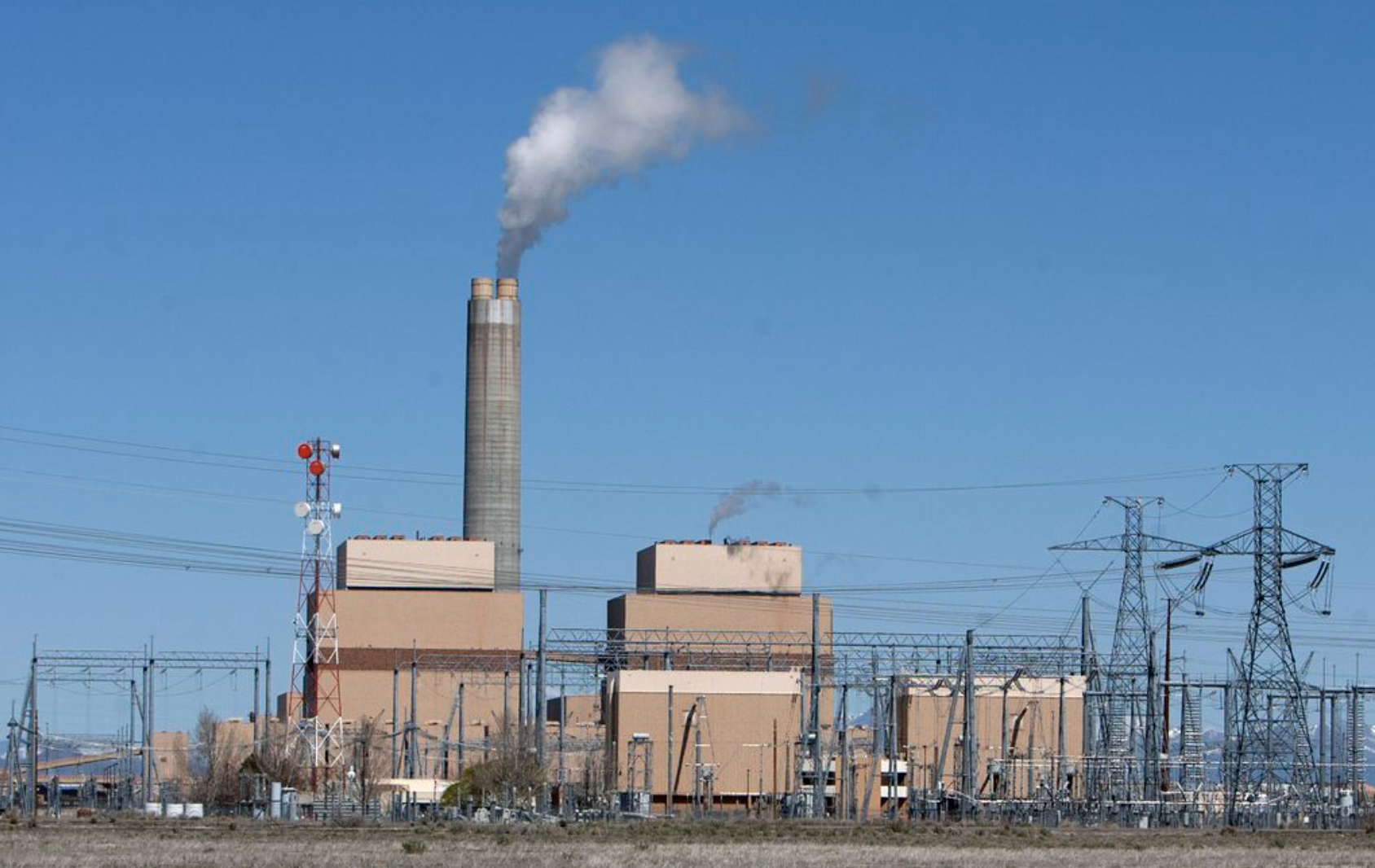 Project under IPP plant near Delta — the first of its kind — would store enough green energy to power 30,000 homes for a year.

The U.S. Department of Energy has given conditional approval for a half-billion-dollar loan to a project to generate hydrogen from clean sources and pump it into two caves as tall as the Empire State Building near Delta.

The Advanced Clean Energy Storage project is part of an effort to convert the 40-year-old Intermountain Power Plant, now burning coal, to 100% renewable energy by 2045. Plans call for first converting the plant to burn a mixture of natural gas and hydrogen, with the hydrogen produced from solar and wind energy.

The hydrogen will be stored in two caves below the plant for use when solar and wind are not enough to meet demand. Eventually, the plan is to burn only hydrogen, all produced from renewables.

“Advanced Clean Energy Storage is expected to benefit Utah by creating up to 400 construction and 25 operations jobs and could help catalyze long-term job opportunities and transition the state to a new, clean energy economy for the future,” said Jigar Shah, director of the DOE’s loan programs office.

Millard County Commissioner Dean Draper believes the project is just the start. He said energy companies around the world are watching with interest, and the geology in the salt caves allows for many more similar storage facilities.

“Yes. It will be a boon for Millard County,” he said. “After the buildout of the Intermountain Power Plant, there will be other projects. … It takes a year at least to carve out a cavern, but it will hold hundreds of caverns.”

“We are unbelievably excited to reach this important milestone … ,” said Michael Ducker, Senior Vice President of Hydrogen Infrastructure for Mitsubishi Power Americas and President of Advanced Clean Energy Storage I. “Equally rewarding is having spent the past year partnering and working with such a forward-thinking and incredibly talented team from the Intermountain Power Agency to trail blaze this market-leading facility.”

Mitsubishi is providing the technology to use sun- and wind-generated electricity to split water into hydrogen and oxygen, storing the hydrogen so it can later be turned back into electricity in IPP’s power plant. The caves have the potential to store enough hydrogen to produce 300 gigawatt-hours of electricity, enough to power more than 30,000 average homes for a year. The water consumed in the process is less than what is used to produced fossil fuel energy.

“We are very excited about today’s announcement from the department of energy and their support of the ACES project,” said Thom Carter, head of the Utah Department of Energy Development. “Delta and Millard County has been home to power and energy generation for four decades, now this region of the state will continue to lead the world with this visionary project.”

The project includes Mitsubishi, Utah-based Magnum Development, and IPA, a cooperative of 23 Utah municipalities and six California entities that owns and operates the IPP plant. The largest of those entities, the Los Angeles Department of Water and Power, uses most of the energy generated, with the rest going to other members of the cooperative or sold to other power cooperatives. California requires all of its power be produced by renewable sources by 2045.

The salt cave is under land owned by the State Institutional Trust Lands Administration and is leased by Magnum Development. The lease revenue benefits Utah schoolchildren.

The loan will be used to help build out the facility that will store and supply hydrogen to a 840-megawatt IPP gas turbine that will initially run on 30% hydrogen/70% natural gas starting in 2025. It will be completely hydrogen-powered by 2045, with the hydrogen produced from renewable sources.

Draper said Mitsubishi representatives came to the county after the Utah Legislature passed bills earlier this year to give the state more oversight of IPP. The plant has faced political pushback in Utah because it is ending its dependence on Utah coal.

Mitsubishi wanted to know if the county and state had a stable commitment to the project, and they apparently got the answer they wanted.

“There is great stability,” Draper said, adding that there is nothing in the legislation that will slow down the project.

“This project was a catalyst for Utah to engage in the development of the Western Inter-state Hydrogen Hub (WISHH),” Carter said. “As we work with our sister states and await the RFP from the Biden Administration on what the Hydrogen Hub projects will entail, having a strong hydrogen development project moving forward in our state and region can be the backbone of future development.”

“I’m pleased to see DOE support Utah’s efforts to become the world’s largest hydrogen hub,” Sen. Mitt Romney said. “This is not only a win for Millard County and Utah, but it is also an important step toward developing new energy technologies as we utilize an ‘all of the above’ approach to meet our energy demands.”

The conditional commitment is essentially an offer sheet for the loan, and the borrowers must meet certain legal and financial requirements.

“Assuming all remaining conditions are met, the loan would be from U.S. Treasury’s Federal Finance Bank, guaranteed by the U.S. Department of Energy,” said Jamie Nolan, spokesperson for DOE’s loan program office.